Last month our new Agilent GC-MS was installed! Shortly after it was commissioned I had to watch nervously as the Gerstel engineer cut bits out of it so that he could enhance it further with a new Dynamic Headspace Sampling [DHS] system, including Thermal Desorption Unit [TDU] and Cooled Injection System [CIS]. This was dramatic but very rewarding as we now have the first and only DHS system in New Zealand. 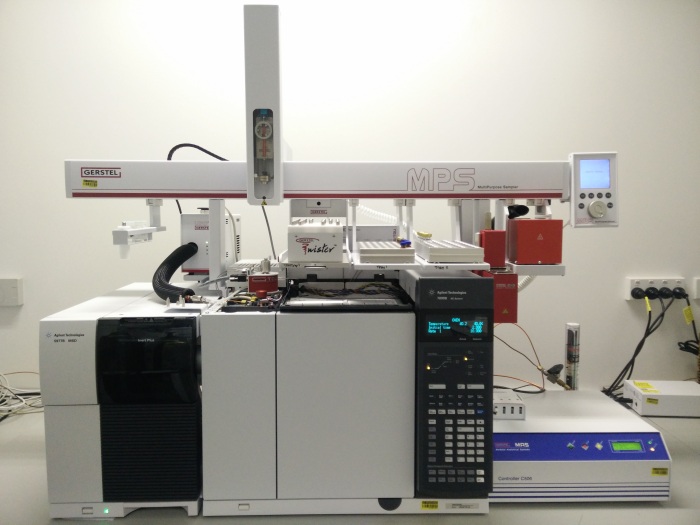 DHS is a very sophisticated way of getting all of the volatile compounds out of a solid or liquid sample and into a GC-MS. It uses the same principle as static headspace analysis but, instead of just injecting a volume of the headspace or using an SPME fibre to trap the volatile components, DHS uses a flow of gas (your choice of helium, nitrogen or air) through the vial’s headspace to continuously remove volatiles from the headspace and collect them on a sorbent trap. The sorbent trap is then transferred to the TDU and the volatiles desorbed onto the CIS for analysis. The whole process is automated and highly customisable. Because volatiles are constantly removed from the headspace you can capture the entire volatile component from a given sample, making the technique much more sensitive than SPME and a massive step beyond static headspace analysis.

The applications for this technology are primarily in the field of food science, where flavour and fragrance volatiles are common characterisation targets. Gerstel have some more elaborate suggestions for applications, which interest me more, such as the characterisation of volatiles emitted by brown marmorated stink bugs. This application note describes how you can put a live animal into the DHS vial to analyse its volatile profile in vivo! The procedure seems entirely harmless to the subjects (beyond the mild irritation they might experience from being confined within a glass vial), providing volatiles are extracted at ambient temperatures using air.

Another very useful new technique which is available to anyone with a TDU is Thermal Extraction [TE]. This can be applied to solid or liquid samples placed inside the glass TDU tubes. In practice you can use TE to analyse almost anything, providing you can get it into the tiny glass tubes. So far I have analysed lyophilised lamb meat and abalone tissue, a tissue snip from a snapper ovary, honey and even a piece of a leaf. My new PhD student is now applying the technique to the desorption of PAHs from particulate filters to characterise the prevalence of these notorious carcinogens in the air around New Zealand and in his native Rwanda. 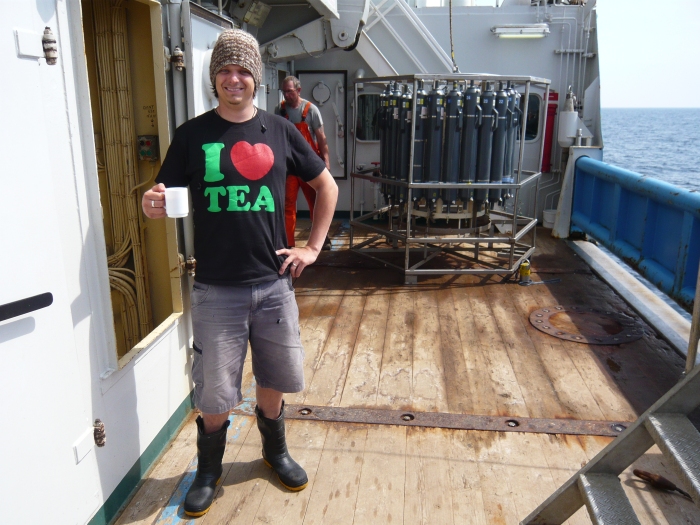